When we first adopted the name beetroot most people looked a little incredulous. The vegetable beetroot is often lauded for its health-giving properties – indeed it’s a favourite food of triathletes, apparently. Now I like beetroot, especially roast beetroot, and I like growing it, but to name a digital health platform after a vegetable? Really.

Well, there are stranger brand names in use. More years ago than I care to remember I worked on a farm in the summers and a near neighbour was one of an emerging breed, an ‘entrepreneur’. We thought that was nothing more than another word to describe someone with too much money and time on his hands. If you got into conversation with him on the lane or over the hedge the subject always came round to a computer from the US he was trying to import into the UK. He was having problems getting the thing to switch on. But eventually he appeared to triumph, and kept disappearing to the US at a time when disappearing to the US was something rich people did.

And the name of the computer? Yes, you guessed it. Apple. Now this was a long time ago so bear with me. Oh, how we laughed in the pub. A computer called Apple? Only in California. Not in Wiltshire.

Whether or not this entrepreneur neighbour was an early importer/adopter of the Apple brand I’m still not sure today. But the story’s a good one. And how much are those wise pub-goers laughing on the other side of their faces now Apple has grow to revenues greater than a lot of countries. If only we’d put our hard earned farm wages into a tiny bit of an Apple then things could have been so different.

So when we recognised that our digital health platform that has been around for over 20 years was inevitably moving towards being more patient-facing, we also realised that we desperately needed a more user-friendly brand name. So beetroot was adopted. And as the joke goes: ‘Why beetroot?’ (accompanied by sceptical snigger) – the answer comes “Because the name Apple’s being used…’

And another reason. If you’ve ever stood on an exhibition stand you’ll know how difficult it can be to engage with passers by. In true British style they’ll hang back and try to be sure you’re not a mass murderer before venturing into your lair. But when you have the brand beetroot working for you the ice is suddenly broken. You can just smile (from a distance) and ask them if they like beetroot. It’s a Marmite moment. Everyone has an opinion about beetroot. The vegetable, that is.

Chris Wright is a veteran of digital health development, having created his first blood test monitoring service over 20 years ago, a system still in use in the NHS. He's also fulfilled many consultative roles in project and programme management for NHS organisations, Department of Health and private healthcare and health tech companies. As founder of THERAPYAUDIT and beetrootHEALTH he's committed to enabling clinicians and patients to benefit from the enormous benefits digital health has to offer, especially at this time of social distancing caused by the Covid-19 pandemic. 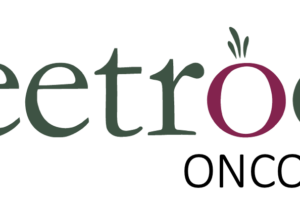 Your email is safe with us.

Send us an email and we'll get back to you, asap.